The Best In Show Radio/Hearustalk.com Party

Here is what Keith from Best In Show had to say about the show: "When we streamed the non-Rock the Harbor Church of Manlove performance from Ron's house in the spring I got an idea to do a Hear Us Talk event with a live Best in Show and musical performances featuring some of the HUT show members. I never thought it would actually go down and work but it did. Robgigs was absolutely amazing from the early part of the day to late at night. Our friend Alex spent the day in the basement with a mixing board and some margaritas making sure the bands all had a great sound. Unfortunately, the Church of Manlove video is lost forever, which is a shame because it was by far the most fun I've ever had performing. Germ and Newstyle were great and so were the rest of the bands. I must have been asked 15 times who the beautiful girl in the green dress was. Those of us who hung out in the side alley with Chris during a certain portion of the party witnessed one of the best parts of the day. This is one of those times when the next day you're really sad that it's over. I hope we can do this again next year, with more planning so everyone has a chance to come down. Although, maybe for Ron's sake, we can do it somewhere else."

Alex Armitage mixed the whole show live for the podcast and then spent the 2 days after polishing that mix. The arists heard here are Terrible Tim, DJ New Style, The Humans, The Church Of Manlove, Dave Sellitto, Tryptophan, and The Headlocks. Alex vows an additonal remix of some of this stuff is coming soon.
Here is the playlist

The Humans Performance > Stream videos at Ustream
Here is a link to Nadines Fotos! 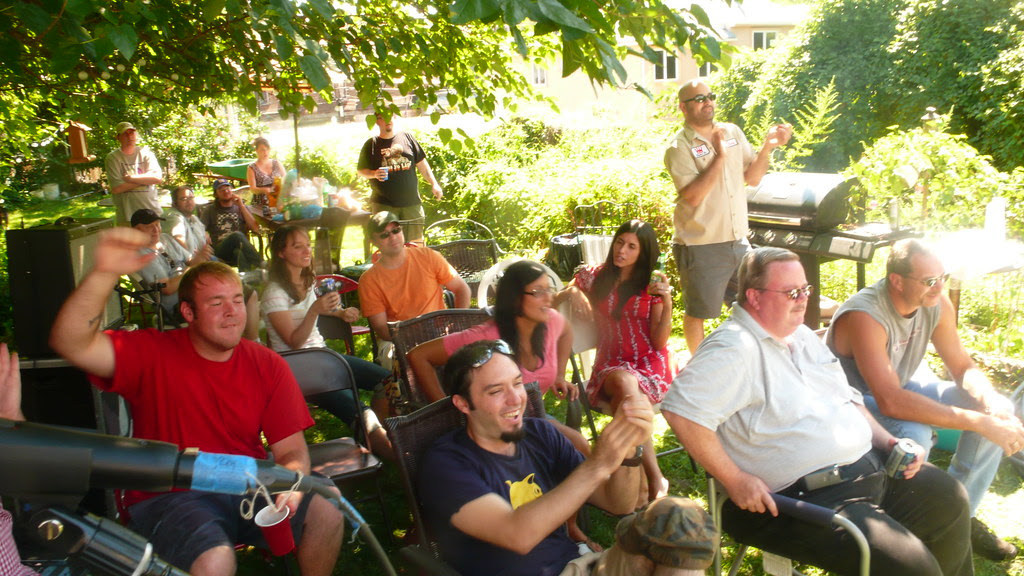